It's time to write once again

5 years later, I am finding it is time to write once again.

The call began whispering in my ear about 6 months ago, when I became Serious about self-care and honoring myself as a human.

I started small, because self-care is not something that comes natural to me.  But I was at a point where I knew I needed to begin because my head was SO FULL OF NOISE- from home (5 teens) and work (498 elementary school students plus a staff of 60 adults) and social media (poisoned by the toxins of American politics.)  I needed to take care of myself, and the first thing I needed to do was to find some quiet.

So what's quieter than meditation? I thought.  I determinedly chiseled out a small hole of time to begin a meditation practice.  Because the thought of that appealed to me, and because the phrase "mediation practice" sounds like something an enlightened woman who loved herself and had her shit together would do.

I started by going to a meditation group at a local yoga studio because I had no idea how to meditate.  Also my home, while lovely and full of buoyant teenage energy, is NOT peaceful in the quiet, reflective calm of a yoga studio sense.

So, off to the yoga studio I went, to learn how to meditate.

At the beginning of these particular sessions, we are to draw a card from the instructor's pile of cards.  The cards are beautifully illustrated and each holds a magical word that the Universe gifts you as a message, should you choose to believe in that type of woo-woo (disclaimer: I totally am ALL ABOUT this sort of woo-woo.)

The first week I quickly and confidently chose my card, ready to accept whatever message the Universe had for me.  Like "Adventure" or "Wanderlust."

It gifted me:  Intuition.

Definitely not as sexy and exciting as I had hoped for.

As I reflected on the card, both during my meditation and the week afterward, I realized that somewhere along the way, over the past 5 years, I had lost my connection with Intuition.

In the noise of daily life, in the insane busy-ness of being a working mom of 5 teenagers, often locked into survival mode.  And exhaustion mode.  I realized I couldn't even hear my Intuition anymore when it comes to myself.

The irony was not lost on me.  The ONE time I actually had silence in my otherwise all-too-noisy head, was when when I asked myself those questions.

This realization made me uncomfortable, but like so much else in my life at that time, I honestly wrote it off as something I'd connect with later- like after the kids are grown, the mortgage is paid, etc.

The next Sunday I went back to the delicious scented yoga studio for meditation and it's wonderful, blissful silence.  Admittedly, my back hurt from the sitting for the 40 minutes, but the savasana at the end-- that's when you lie on your back on a yoga mat, and cover yourself with a blanket, and just be in darkened quiet-- that was magical to me.

I plunked my mat down and went over to the middle circle-- an altar, with candles, rocks, crystals, and cards.  I plucked one from the middle.

Clearly, the Universe was telling me that connecting with my Intuition was no longer something that could wait until the kids were grown.  Or until next year.  Or even next month.

It was my time to start working on that connection.

And so, I spent the next several weeks and months doing lots of different things to quiet my environment and head in the hopes that I could begin to hear my inner thoughts.

In that silence, I began to hear the whispers of my wants and desires and needs.

There it was.  I want to write.

This want and desire has grown louder and louder until it is something I can no longer ignore.

Last month I read the book Big Magic by Elizabeth Gilbert.  It has become a bible of sorts to me.  And then I started listening to her podcast, Magic Lessons.

All of the reading and listening began to re-stoke the fire in me to write.  But what would I write about? What themes? And where?  Those questions would stop me in my tracks.

This morning I read a beautiful post written on some form of social media by writer Elizabeth Gilbert.  And I realized I could now no longer postpone my desire to write.

So here I returned.

Where I will answer the question about What is it I want? 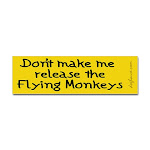 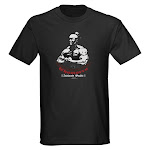 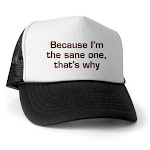 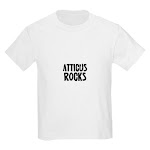 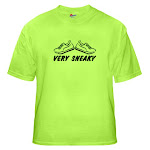 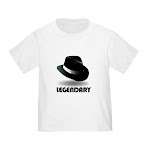 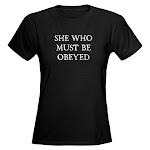 Sarah
5 kids, 2 dogs, 3 cats, and I'll pass on the partridge in the pear tree for now, thanks (although I'd take a pear tree.) We survived our 30 month long Haitian adoption process, and now I just try to live life in the moment, whether it's homeschooling, cooking, cleaning, doing laundry, refereeing, bandaging ouchies, giving hugs, vacuuming, doling out kisses, picking up play-dough, or attempting to keep up on the blog. My Mister is a legalized drug pusher, saving the local population from the horrors of herpes and prostrate problems. We put up with the burbs for now, but would one day like to live in the country, where I can raise alpacas, the girls can train dogs, our boys can be boys, and Mr. C. can work on project cars (waaayy out of sight in the far back of the yard) to his heart's content!

5 Little Ones. All Home. Together. Forever.